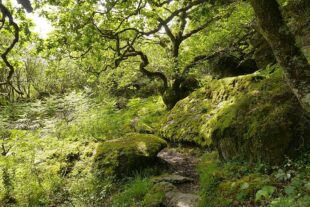 During spring and autumn, we sail from the Holy Loch to introduce our guests to the Clyde coast and cruise the waters around the Firth of Clyde. These are our home waters, Skipper Iain knows the area like the back of his hand and Splendour is a familiar sight to the communities who make their homes on the mainland and islands on an area which stretches between Argyll and Ayrshire.  These are the routes taken by generations of travellers who holidayed on the Clyde Riviera and made places like Rothesay, Brodick and Millport into some of Scotland’s best-known tourist destinations.

But we also like to take our guests off the tourist trail and share our own favourite onshore adventures, sharing a bit more of our glorious country helps keep our history alive.

The waters around Argyll’s Secret Coast provide some of the best-sheltered sailing routes in the world. There is so much to see and explore which is why guests return again and again.

One of our most popular onshore excursions is to the abandoned village of Glenan. This is our take on the story, just one of the legends from Splendour’s wheelhouse.

It’s just a short trip on Splendour’s tender to the shore and our walk into the woods. In springtime, the bluebells line the path while in the autumn the sun’s rays leave dappled shadows on the now cool earth. And all of a sudden, there it is, the unmistakable signs of a township, albeit in ruins. The only other sound is Skipper Iain shouting ‘hello’, which usually leaves guests scratching their heads.

Glenan had been inhabited since the early 1300’s and wasn’t abandoned until the turn of the 20th century – that’s six hundred years of history right here. Generations of people who lived, worked, played and died called this home. But unlike St Kilda, where we visited a couple of years ago, there is no melancholy here. The houses are close together and if you stop for a moment you can imagine the sound of children’s laughter. This was, and is, a happy place.

So, what made the villagers abandon their homes? Where did they go? What was the better life they were seeking and did they find it? Did they all leave together or did one family go at a time until the village was no longer sustainable? Whatever happened, with two world wars just around the corner we can only hope the better lives the families of Glenan sought were long and happy.

Local legend says that one villager could not bear to leave Glenan and hanged himself in the trees outside the village. Skipper Iain explains that this who he shouts hello to when he arrives, he’s entering his space as a guest and always calls goodbye when he leaves. There’s just time for another walk round the ruined homes, this time our guests are deep in thought, feeling the love which still emanates from the stones that remain, stoically holding partial walls together despite their roofs and windows being long gone. And some may also feel a presence standing with them, being completely at peace.

And when it comes time to leave this very special place nine voices shout goodbye as everyone takes the first step onto the path out of Glenan. Wait, was that a reply, or was it just the wind in the trees….?

Enjoyed Splendour so much last year we came for a return trip. Captain Ted did us proud as a great skipper. We’ll be back!

Three days of sailing and cycling 90km in spite of the weather. A gem of a boat, very comfortable and complemented by gourmet meals. Thanks for a great few days!

So good to be back in Scotland. Loved the boat – scenery – great food – great memories

This was a superb experience. Our appreciation of the beauty of the Hebrides was enhanced unmeasurably by the skill, knowledge and wonderful company. Thank you so much.